In between games at the 2011 MLB All-Star Series in Taiwan, Yankees superstar Robinson Cano and his father, Jose, visited kids at Taichung’s China Medical University Hospital. When begged to promise hitting a home run in that night’s game,
Cano chuckled and smiled before answering sensibly.
“I promise…,” he continued, “I will do my best.”

When playing in MLB, the three-time Silver Slugger recipient and winner of the 2011 Home Run Derby–which raised over $600,000 for the Boys and Girls Clubs of America and other charities–is the Captain for the Yankees Children’s Health Fund Home Run Club, where fans pledge their support for quality care to homeless and low-income children with every Yankees home run hit in a season.

In his hometown of San Pedro de Macoris AKA the “Cradle of Shortstops” because of countless MLB players who were born there in the Dominican Republic, Cano remembers those who are forgotten and even not heard at the CAES Children’s School for the Deaf by showering the kids with gifts and love for the holidays. The RC24 Foundation’s mission is to serve under-privileged children internationally and improve their quality of life. 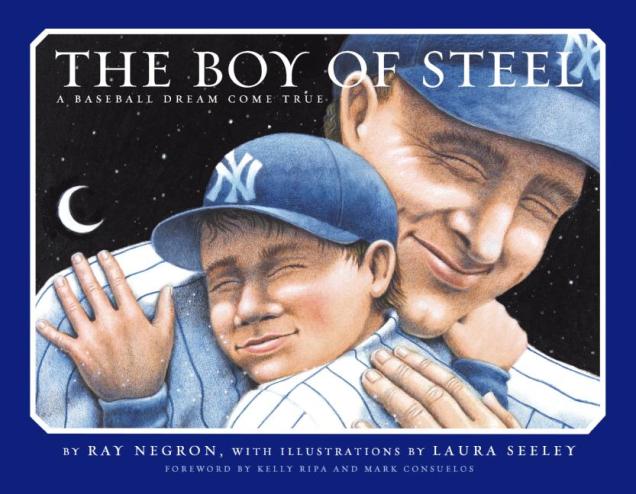 The pediatric rehabilitation ward at New Jersey’s Hackensack Medical Center was named after Cano in tribute to the All-Star for his frequent visits and contributions, which inspired author Ray Negron to make Cano the central character in his children’s book, “Boy of Steel”—a cancer-stricken boy’s story about his baseball hero. Committed to upgrading the subpar medical conditions in his native homeland by personally subsidizing children’s health care and purchasing ambulances after a friend died while waiting to be transported to a hospital, Cano believes the concept of giving back is just as important–if not more important than playing baseball. He considers himself blessed to play the game he loves for a living and wants to help as many kids as he can with the fruits of his labor. Instead of simply lending his name or making public appearances to raise money for his RC24 Foundation, Cano is a hands-on international ambassador for the welfare of children. American Red Cross National Celebrity Cabinet bilingual member Cano records public service announcements and donates large amounts of money and blood.
Finalist for the 2006 Roberto Clemente Award, MLB’s accolade to the league’s ultimate humanitarian who exemplifies the late Hall of Famer’s values and commitment to community and benevolence, Robinson Cano shares the same altruistic mindset and the same “RC” initials as the Latino legend. At 29-years-old and on pace to join Clemente in the elite 3,000 hit club, Cano is showing increasing power every season–which is great news for the Captain for the Yankees Children’s Health Fund Home Run Club.
Voted by millions of visitors to MLB.com, front-office personnel and MLB alumni to receive the Greatness in Baseball Yearly (GIBBY) ‘Wow Factor’ award, Robinson Cano is undoubtedly the most interesting player in the game today.