Just ask former Jays manager Cito Gaston about the current team’s roster, which now boasts veteran Italian American pitcher Jason Grilli as their reliable setup man. Just two games out of first in the American League East Division, the Blue Jays would like nothing more than ending the 23-year-old drought by bringing a World Series title back home to Toronto. Gaston said, “I think they have the team to win it. It’s going to be fun, and it’s going to be fun for this city to watch.” Since being traded on May 31st from the Atlanta Braves, Jason Grilli has provided the necessary leadership to propel current Toronto Blue Jays skipper John Gibbons’ team to the top.

The trade that brought Grilli north of the border probably would have never taken place without a little help from Blue Jays catcher Russell Martin, who encouraged the front office to take action and served as catcher for Grilli while with the Pittsburgh Pirates in 2013 when Jason earned a nod to the National League All-Star squad. Like a fine Italian wine getting better with time, Grilli saved 33 games and posted a 2.70 ERA with 74 strikeouts to just 13 walks for the Pirates that year. His accolades grew larger in 2014 when the National Italian American Sports Hall of Fame honored Pirates closer Jason Grilli as the “Man of the Year”. Jays General Manager Ross Atkins cited Martin’s endorsement of Grilli as being a factor in bringing him to Toronto.

Martin admitted Grilli is now getting by more on craft and guile than power. “His arm is still electric. There’s still some bullets in that thing,” Russell said. “He’s got that fastball that guys like to swing at when it’s up in the zone. He knows how to disrupt timing with the slide-step, how to elevate the fastball. And he’s got a really tight slider — one of the best that I’ve caught.” Jason has made fifteen appearances for Toronto, tossing 13.2 innings, allowing ten hits and six walks while striking out 23. Grilli has also notched four holds since joining the Blue Jays.

After Grilli was traded to the Angels from the Pirates in 2014, Pittsburgh manager Clint Hurdle said: “I know this about Jason. Every time a new opportunity has come to him, he has been able to find another gear.” Based on his performance for the past six weeks, Jason has indeed found a new lease on life in Toronto–thanks in part to the recruitment efforts of Canadian-born Russell Martin, who would love matching World Series rings. “I thanked him and up down,” Grilli said of Martin. “I told him I knew he had something to do with me being over here.” 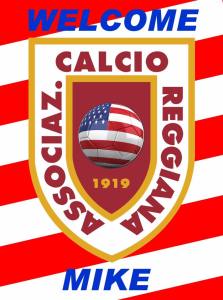 Having recently taken a majority ownership share of A.C. Reggiana 1919 — an Italian soccer team competing in Lega Pro, the third division of Italian soccer — Mike Piazza has strengthened and empowered ties between America and Italy with his investment and contribution to sports abroad. At the press conference, Italian American icon Piazza said: “I think it’s important for the fans to know the business of the club and the foundation for the foreseeable future will be very stable. But more importantly we have to develop and grow the youth academy, the relationships with sponsors in the region, and eventually grow the brand internationally. Obviously in the United States with my involvement, I want to market the team slowly understanding it’s a step-by-step (process). We need to build strategic partnerships by fielding a very competitive team.” 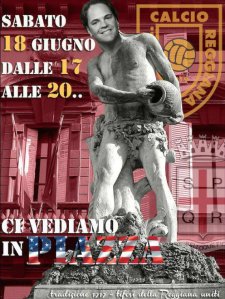 Mike, accompanied by his lovely wife–Alicia and beautiful daughters–Nicoletta and Paulina along with Italy-America Chamber of Commerce Miami president Gianluca Fontani, reunited with Federazione Italiana Baseball Softball Academy director Bill Holmberg and his wife in celebration of “Piazza Day” on June 18 in Reggio-Emilia. Thousands of hardcore A.C. Reggiana tifosi gathered to commemorate the new partnership which many believe to be the catalyst to bring the former first-tier Italian soccer squad back to its premier elite status under current club chairman Stefano Compagni. Piazza said, “I plan on spending a lot of time here. We’re going to have a great future. We will try to build the team with sound management and discipline. We have big dreams. Forza Reggiana!”

Had an amazing day meeting the fans of @AC_Reggiana1919 in #reggioemilia , Thank you for welcoming me into your family, forward together!