Skip to content
Inspired by the power of suggestion from 2009 Team Italy bench coach and current Giants’ Spring Training / Short Season Single-A affiliate Salem-Keizer Volcanoes managerial assistant Tom Trebelhorn to join the Italian national team, 29-year-old catcher Tyler LaTorre takes his strong 2012 campaign for Triple-A Fresno Grizzlies and Team Italy in the European Championship into the 2013 World Baseball Classic beginning March 7th. After winning their third consecutive European Championship, the Italians
are now positioned at #9 in the IBAF 2012 (year-end) Men’s World Ranking. Nothing would make the Santa Cruz-born LaTorre more excited than Italy advancing to his home turf in the Bay Area for the World Baseball Classic Championship Round at AT&T Park in San Francisco. The Giants prospect, who signed as a free agent in 2006, has earned the right to play in front
of his hometown crowd after nearly winning Euro Championship tourney MVP honors. Eight of his 14 hits (14-for-28, .500 BA) were for extra bases (six doubles and two home runs). He absolutely raked at the plate, knocking in nine RBI and scoring nine times.

“We had one goal and that was to repeat as European champions,”
said LaTorre. “It was awesome. I’m definitely thankful to the Giants for letting me go.” The former University of California, Davis and Aptos High School All-Star catcher has spent seven years in the Giants organization for a chance to shine in the World Baseball Classic. 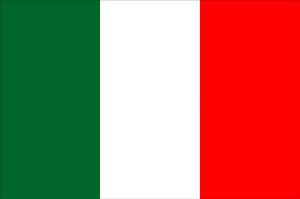 LaTorre’s Italian roots trace back to his great-grandparents in Italy. It took two and a half years for him to become eligible to play for Team Italy as a dual citizen and Italian passport holder after thorough research, documentation and tedious paperwork authenticating his Italian lineage. Adding his minor league experience plus the time served in Italian purgatory, Tyler LaTorre has waited nearly a decade to become Italy’s secret weapon in the WBC.

How does Mike Piazza not get into the hall? one of the best hitting catchers ever. @mlbnetwork twitter.com/tylerlatorre/s…