As it was previously in 2010 and 2011, pitching is once again all the rage now in Major League Baseball. Despite seven no-hitters tossed in 2012 by starting pitchers Homer Bailey, Felix Hernandez, Matt Cain, Kevin Millwood (with the help of five relievers), Johan Santana, Jered Weaver and Phil Humber, it’s the men in the pen that garner most of the over-the-top baseball fanaticism. Leading the late-inning charge of borderline insanity is Aussie closer Grant Balfour of the Oakland Athletics. Often seen dumping water over his head before leaving the bullpen and talking to himself in-between pitches, Balfour’s on-field antics are undoubtedly the most anticipated sight to see in the 2012 MLB playoffs.

The raging thunder from ‘Down Under’ was called upon by A’s manager Bob Melvin in five tightly-contested games on five consecutive days to lead Oakland to the American League West Division title. Balfour’s stellar late season hitless pitching insured the A’s sweep of the Mariners and Rangers. The six-foot-two, 34-year-old Sydney native threw an inning per day and retired all 15 batters faced–which extended his streak of putting consecutive batters away to 26. He is just one of two Australian professional players to compete in a World Series as a member of the 2008 American League Champion Tampa Bay Rays and is in a perfect position to get another crack at taking home a World Series ring in 2012 with the A’s. Since August 11th, Grant Balfour has converted all 17 of his save opportunities while posting a 2.18 ERA, 0.73 WHIP and 26/6 K/BB ratio over 20 2/3 innings. After a three-year stint in Tampa Bay, Balfour signed a two-year contract worth 8.1 million dollars with the Oakland Athletics in January 2011. In his 62 innings of relief for the A’s during 2011, the hard-throwing right-handed hurler struck out 59 hitters and racked up five wins for the third-place Athletics. Acquired by the Rays in July 2007 from the Milwaukee Brewers in a trade sending pitcher Seth McClung to Miller Field, Grant Balfour did not make Tampa Bay’s 2008 Opening Day roster. However, after turning heads at Triple-A Durham and closer Troy Percival being placed on the disabled list early into the season, the Rays sent Ben Zobrist to Durham in exchange for Balfour. Assuming the role of Rays closer for the ailing Troy Percival until mid-July, Balfour ended his regular season campaign with an impressive 6-2 record and a 1.54 ERA. Grant Balfour made his MLB debut back in 2001 for the Minnesota Twins. Having now passed former MLB star Graeme Lloyd on the career strikeout list for Australian-born pitchers, he is the quintessential Aussie baseball patriarch. A’s pitchers Grant Balfour and Travis Blackley have already made baseball history by becoming the first pair of Australian Major League players to compete in the MLB post-season on the same team. The pitching duo of Balfour and Blackley have another opportunity to imprint their names in Aussie baseball history by becoming only the second and third Australians to win a World Series ring. A fairytale ending for Oakland’s Australian connection would be most appropriate as they both have played a major role in the A’s miraculous run to the American League West title and the post-season. Like a fine wine getting better with age, Sydney’s Grant Balfour and Melbourne’s Travis Blackley are at the pinnacle of their careers and are in line to catapult the underdog to a world championship. 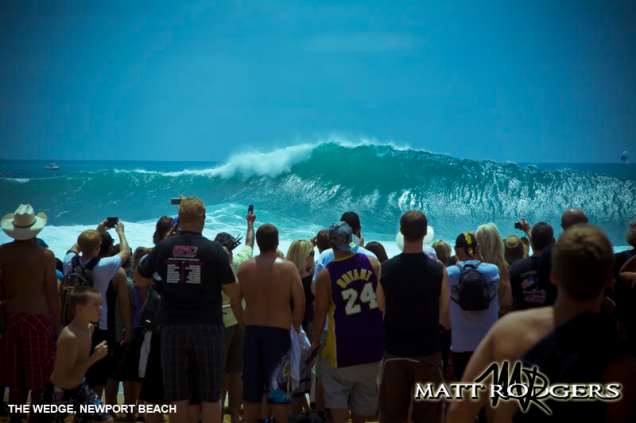 California’s beautiful Newport Beach is the resting place of legendary American icon John Wayne and the birthplace of a Major League Baseball (MLB) pitching prospect named Brian Grening. As odd as it may sound, Newport Beach launched both star’s professional careers in different ways. World-renowned for its huge surf break which has left generations of daredevils with broken bones, head injuries and even death, Newport Beach’s Wedge offers huge breakers towering 20 feet and sometimes higher to the delight of those who live for the rush of defying the odds with a patrol boat standing by to rescue the injured and the last-minute weak at heart. A true testament to laws of physics, the Wedge’s incoming waves carom off the rock jetty that protects Newport Harbor and slam into following swells, resulting into giant tubes that thunder to shore at speeds up to 30 mph. A word of warning though as even expert swimmers can get sucked into the Wedge’s extreme break and either be propelled into the air or slammed into the shallow bottom. Parking spaces can be just as dangerous to negotiate since locals are first to find out when the Wedge is going off, and massive road-raged crowds from outside city limits flock to the free-falling spectacle.

Marion Morrison AKA John Wayne played football for the University of Southern California in the 1920’s. One day he went bodysurfing in Newport Beach and was badly hurt while swimming in the sea. The accident turned the tides of his career path as the injury sustained was the final blow in his decision to forego athletics in favor of a shot of hitting it big as a Hollywood actor. A fan of Wayne’s football heroics, cowboy star Tom Mix landed “John Wayne” a $35-a-week job as a prop man at the Fox studios in 1928. 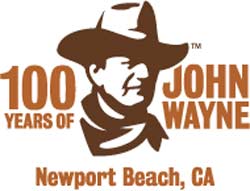 Discovered shortly thereafter by director John Ford while loading furniture onto a truck on the Fox lot, Wayne never had to do anymore heavy lifting in Hollywood. When his health began to take a nosedive in 1966, he moved from the stuffy confines of Beverly Hills to the cool breeze of invigorating Newport Beach for a new lease on life. His large waterfront home afforded a panoramic vista of tranquil Newport Bay until his passing in 1979. John Wayne’s dreams of the big screen began and ended in Newport Beach as he is now buried there today.

Pitcher Brian Grening’s dreams of the Big Leagues began on June 10, 1985 at birth in Newport Beach. In the same way John Wayne used his “True Grit” attitude to catapult himself into acting, the Southern California native was determined to beat the odds to join baseball’s elite in MLB. Graduating in 2003 from the same high school as former 2001 and 2003 Angels pitcher Bart Miadich, Brian Grening wanted to follow the footsteps of Miadich en route to a career in Major League Baseball.

He did not let his college coaches at Cuesta College and Cal Poly San Luis Obispo discourage him from pursing his vision of playing in the Bigs. Standing at five-foot-eleven and throwing a fastball that only hit the low 80’s, Grening did not possess the power arm or intimidating six-foot-five stature that coaches desired. Without allowing him enough time to demonstrate his most admirable features of character and discipline, he was cut early on during try-outs by Cuesta and Cal Poly coaches. However, after a short-lived stint at Cuesta, Brian Grening wasn’t going to accept “no” for an answer anymore and was determined to pitch for the 2008 Cal Poly Mustangs. Whether is was selling tickets to Mustang ballgames at the stadium, playing long toss on off-campus school fields, or beating the weight room morning rush, Grening wanted to remain connected to the game he longed for with his heart and soul. “I was obsessed with playing baseball at Cal Poly,” Grening said. “People thought I was nuts in the dorms. I wasn’t partying. I was getting up at 6:30 a.m., six days a week when most people would not get up until 10 or 11. I knew I wanted to play and I had to keep getting better.” Indeed he did, and people began to take notice of this Big League dreamer.

Grening proved everyone wrong as he was a late bloomer. His perseverance paid off, and he was rewarded by being added to the 2008 Mustangs roster at age 23. Making pitching appearances in 23 games in the NCAA Big West, Grening struck out 67 batters in 65 innings of work while compiling a 3-6 record and a 5.23 ERA. 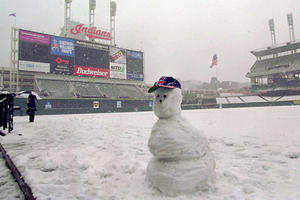 Selected by the Cleveland Indians out of Cal Poly San Luis Obispo College in the 38th round of the June 2008 MLB First-Year Player Draft, Brian Grening pitched for three years in the Indians system and reached as high as Triple-A ball in Columbus in 2009. The right-handed reliever got better with age in 2010 as he tallied 83 strikeouts in 69 innings of work while splitting his time in between the Carolina League Kinston Indians and Eastern League Akron Aeros.

This past winter Grening pitched for the Cartegena Tigers in the Columbian Winter League of Professional Baseball. Owned by the Renteria Foundation–a charity run by Cincinnati Reds shortstop Edgar Rentería–and supported by the likes San Francisco Giants shortstop Orlando Cabrera–who has owned teams over time, the Columbian Winter League is a popular off-season refuge for MLB prospects. On the road to earn an All-Star slot in the competitive South American league, the Cleveland farmhand dominated his opponents by striking out 18 batters in 13.2 innings pitched with a resilient 1.98 ERA.

2011 was a year of touch-and-go trade bait in the American Association Independent League for the 26-year-old Grening as he spent time as a reliever for the Gary Southshore Railbirds and the Kansas City T-Bones. Despite being sent up and down U.S. Interstates 55 and 70 repeatedly, the pitcher made the best of the situation in Kansas City, where he was loved and respected so much that he was brought back by popular demand. The Indy League franchise recently exercised their option to pick up Brian Grening to ensure he returns in a KC T-Bones uniform in 2012.

Since being released by the Indians organization, pitcher Brian Grening’s John Wayne-like “True Grit” persona is even more apparent. With an ever-growing sense of determination to overcome adversity, pitcher Brian Grening is striving to land a new Major League deal in the ABL. Nobody is counting his pitch count nor how many appearances he makes as a reliever free of restrictions for the Canberra Cavalry.

Currently ranked #20 among ABL pitchers with a 1-1 record and 4.50 ERA, reliever Brian Grening has appeared in 14 games so far and struck out 23 in 26 innings. When pitching against defending ABL Champs Perth Heath in early December–who had just returned as the Australian representative in the 2011 Asia Series against the championship teams from Japan’s Nippon Professional Baseball League, the Korea Baseball Organization, and the Chinese Professional Baseball League in late November–Grening held the jet-lagged Heat scoreless in 3.2 flame-resistant innings of relief.

Sharing the same determination and “can do” attitude embodied by John “True Grit”  Wayne and providing a harsh yet welcoming environment in which America’s favorite pastime of baseball can take root in, Australia is a melting pot of cultures that value individual effort, team work, and “never say die” spirit.  Adopting Australia’s philosophy that all things are possible–just as in the case of the 2004 Athens Olympics when Team Australia stunned the baseball world by shutting out the heavily favored Japan National team to achieve silver medal status–pitcher Brian “True Grit” Grening is a 26-year-old outcast ‘Down Under’ trying to paddle his way back to the shores of Major League Baseball. While the stage is being set for his dramatic comeback, he is enjoying his playing time at the outback ABL.

With Newport Beach being home to 2011 American League All-Star Los Angeles Angels of Anaheim Pitcher Jered Weaver and also the location of super agent powerhouse Scott Boras’ offices, local native Brian Grening is definitely rubbing shoulders with the right crowd in South Orange County. In the spirit of giving like Weaver offering the LA Angels a “hometown discount” and re-signing at far below what his agent Boras would have liked as a free agent, the next John Wayne cowboy Brian Grening is willing to consider a “truce discount” for the Cleveland Indians to re-sign him over a T-Bone steak dinner.