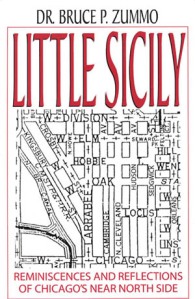 The Siculi (Sikeloi; Sicels; Sikels) were the native inhabitants of the eastern regions (including Mineo) of Sicily south of the Italian Peninsula over 10,000 years ago. The island of Sicily takes its name from the indigenous Siculi people. With its strategic location at the center of the Mediterranean, Sicily is rich in its history of conquest and empire. It is a melting pot of cultures with over a dozen ethnic groups whose warriors and merchants walked her shores. Although the other two indigenous societies of the Sicanians and Elymians assimilated easily with the Greeks, the Sicels constituted a highly developed society that the Greeks respected profoundly. Despite conflict and its desire to remain autonomous, it took several centuries for the Sicels to completely assimilate and amalgamate with their Greek neighbors. Except for the Romans, the Sicels were the only predominantly Italic people to settle in Sicily in large numbers as colonists. 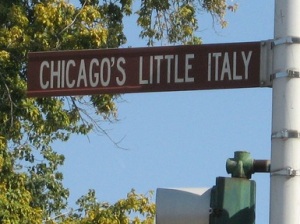 Italy leads all European countries in its number of immigrants to America. Beginning in the late 1800’s, poverty and natural disasters drove Italians out–especially in Il Mezzogiorno, the southern and poorest provinces of Italy. As late as 1900, the illiteracy rate in southern Italy was 70 percent. The Italian government was dominated by northerners, and southerners were hurt by high taxes and unfair tariffs on the north’s industrial goods. Southerners suffered from exploitation by people of the same nationality and religion.
Self-reliant on only themselves for mere survival, southerners had an allegiance to la famiglia (the family) and l’ordine della famiglia (the rules of family behavior and responsibility). Suffering from a scarcity of cultivatable land, soil erosion and deforestation as well as a lack of coal and iron ore needed by industry, life in the South was difficult. Southern Italy was ravaged in the early 20th century when Mount Vesuvius and Mount Etna erupted and buried towns nearby. In 1908 an earthquake and tidal wave that swept through the Strait of Messina between Sicily and the Italian mainland killed more than 100,000 people in the city of Messina alone. For many Italian immigrants, fleeing to the United States was not to be interpreted as a rejection of their homeland. Instead, it defended the Italian way of life because the money sent home helped to preserve the traditional order. Rather than seeking permanent homes, they desired an opportunity to work for a living and aspired to save enough money to return to a better life in the country of their birth. Unable to earn enough to support their families in their native Italy, they were migratory laborers. The majority were young men–aged 18 to 25–who planned to work, save their money and return home. Hoping their absence would not be too long, they left behind their parents, young wives and kids. 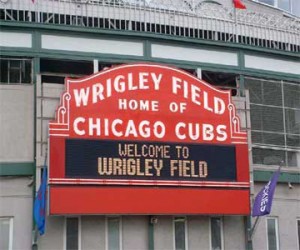 Fast forward a century later and native Italian athletes are still clinging to their roots and culture despite being lured by U.S. professional sports to homogenize into the American lifestyle. The first Italian-born baseball player awarded a MLB contract was pitcher Alessandro Maestri. Signed by Chicago Cubs scout Bill Holmberg, Maestri never pitched at Wrigley Field–even though he was a Minor Leaguer with a wicked Major League slider. However, the Cubs struck gold in 2010 when Holmberg signed then 16-year-old Italian catching prospect Alberto Mineo to a contract.Now ranked 58th behind #1 Cubbie Starling Castro in the Chicago Cubs Top Players Under 25 Organizational List, catcher Alberto Mineo has his eyes set on making it all the way to Wrigley. The defensive standout with excellent catch-and-throw skills said, “The part that I like most about being a catcher is throwing runners out at second.” The 5-foot-11, 170 pounder has strong hands and forearms which assist his receiving skills and defensive instincts. Blessed with outstanding arm strength and a quick ball transfer exchange, Mineo looks comfortable behind the plate. Exuding confidence as a first-rate catcher, opponents will need to exercise caution on the bases.
Holmberg watched Mineo develop into a natural talent from age 10 and knew early on he was special. Alberto was mature enough to accept feedback and listened to Holmberg and Maestri’s sound advice. He commented, “Both of them, they would always say to me ‘Work hard everyday because there is somebody somewhere else that is working hard to get to the Big Leagues’ and I started believing that I could sign with an American team.” Exercising good plate discipline, Mineo is a patient hitter who jumps on a pitcher’s mistake. “I always think as a hitter that I must wait for my pitch until I get two strikes,” Alberto explained. The left-handed hitting Mineo can demolish the ball with his technically sound swing, and once on base he can demonstrate great speed for a catcher.
After being signed by Bill Holmberg–who also is the pitching coach for the Italian National team and operates the Major League Baseball International European Academy at the Olympic Training Center in Tirrenia, Italy–Ronchi dei Legionari New Black Panthers catcher Alberto Mineo began his professional career in the month-long MLB Australian Academy Summer League, where he became friends with Los Angeles Angeles of Anaheim promising pitching prospect
Alex DaSilva–who later moved up the competitive ladder to play for the Australian Baseball League (ABL)
2012 Runner-Up Melbourne Aces. Mineo played well in Australia (.270 batting average, 1 HR) as did his Italian mentor Alex Maestri, who was so popular that he won the 2012 ABL Fan Choice Award.
The ABL’s first Italian pitcher/catcher combo with Maestri and Mineo could become reality if Alberto has his way. Mineo commented, “I had a nice experience in Australia, where I met a lot of great players that I still remain in contact with via facebook. I would really like to play with Alex in the ABL.” The dynamic duo could possibly make their debut in the near future as members of the Italian National team under the guidance and direction of pitching coach Bill Holmberg and former Major League Baseball All-Star hitting coach Mike Piazza. Mineo has played as a member of several Italian National teams at various levels– including the 18 Under Junior World Championship in Thunder Bay, Canada. Italian National team catcher Francisco Cervelli of the New York Yankees now has Mineo as back-up.

Mineo said, “I don’t feel the pressure to be the next Italian to make it in MLB. I just want to have fun and enjoy this amazing experience that I’m living right now. But it would be really nice to play with Alex Liddi on the Italian National team…”
Alberto had an exceptional Cubs 2011 Arizona Instructional League four-game campaign with a
.500 batting average, .556 on-base percentage and .500 slugging percentage. “The Cubs Instructional League was an awesome experience. I really like
to practice with Casey Kopitzke, the catching coordinator. I think he’s really good,” Mineo said.
“So far Cubs Spring Training is going very well. I like to work hard on the field and in the gym. It’s the best place you can go if you love this sport. A couple days ago Kerry Wood, Ryan Dempster and Rodrigo Lopez came to the complex to talk to us about the right way to get to the Big Leagues, but my favorite Cubs player is still Marlon Byrd. Inspired to play baseball at age five by his father and become a catcher three years later, Alberto followed American baseball religiously. “My favorite player has always been Derek Jeter. Now it is Joe Mauer. I really like how he plays, and I also think that he’s a very professional guy,” Mineo said. Although there had been a long-time association of Italians being die-hard Cubbie fans,
the connection got even stronger when the late and great Hall of Fame Cubs broadcaster Harry Caray–whose real Italian last name was Carabina–signed on to the super station WGN Network in 1982. Although he passed on to baseball heaven in 1998, his legacy is still alive and well today as the legendary Caray’s Italian Steakhouse remains a Chicago restaurant icon. Now with Alberto Mineo in the Cubs organization, Italians in Chicago and beyond should rejoice and be thankful for their ancestors’ sacrifices years ago for the opportunities bestowed upon us in 2012. In the case of the young catching prospect Mineo–not only does he possess the natural skills necessary to become a professional ballplayer–
but he has the unconditional love and support of a dedicated team of international coaches, players, fans and family to be a true Italian baseball ambassador worldwide. Forza Italia!