Skip to content
Not only do both former MLB All-Stars share a common first name, but coincidentally they have published two new must-read books at the same time. 2013 National League All-Star / Pittsburgh Pirates’ closer Jason Grilli and seasoned veteran catcher Jason Kendall are best-known for their delivery on the mound and calling the game behind home plate. However, let the world know that they also possess a knack for writing good stories. Initially, Grilli was reluctant to share with fans his personal journal which eventually turned into a book.

Grilli said, “I kind of was keeping it for them when I thought my career was over in 2010 when I ruptured my quad tendon and thought I would never play baseball again. So I just started writing. It was therapeutic, and I didn’t want to forget things—the good things, the bad things. My career had flashed before my eyes so I just started writing. Here we are three years later writing a book… I didn’t finish college, and I promised my mom that I would. At least I wrote a book so she will be happy.” Asked what readers can expect to get out of his book, Grilli responded: “I think overall there are a lot of flashbacks: the good, the bad and the indifferent. If there is anything to take from it, it’s a feel good 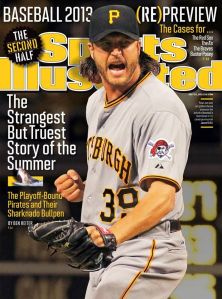 story. It’s more about, if you quit then you lose.” Without a doubt, this 215-page book is quite an accomplishment. Grilli discounted the praise and said: “They are short pages, double-spaced. You know all the tricks to make your 10-page paper longer. Maybe that is what it is…a lot of insert pictures in the middle. If you don’t want to read the book, at least look at the pictures.” Just My Game chronicles Grilli’s love of the game of baseball and highlights his incredible and trusting relationship with his best friend and father, former MLB pitcher, Steve Grilli. Just My Game takes readers through the highs and lows of the Team Italia pitcher’s career including his 18 strikeout performance as a junior at Seton Hall, his selection as the #4 first-round pick in the 1997 draft, life in the minor leagues, and his recovery from several near career-ending injuries leading up to the Pittsburgh Pirates’ remarkable 2013 playoff run. Jason Grilli will be making several book signing appearances in the coming months in support of the launch of his long-awaited autobiography. Be the first to purchase Just My Game before it goes on sale to the public by visiting Jason Grilli’s Facebook. Readers will be pleasantly surprised to find the eloquent foreword to Grilli’s book written by 2013 National League Manager of the Year and Pirates’ skipper Clint Hurdle. Known to be a proponent of the power of positive thinking, Hurdle is the perfect setup man for Grilli’s autobiography.
Hurdle has been busy of late reading Jason Kendall’s Throwback, which was co-written by sportswriter Lee Judge. 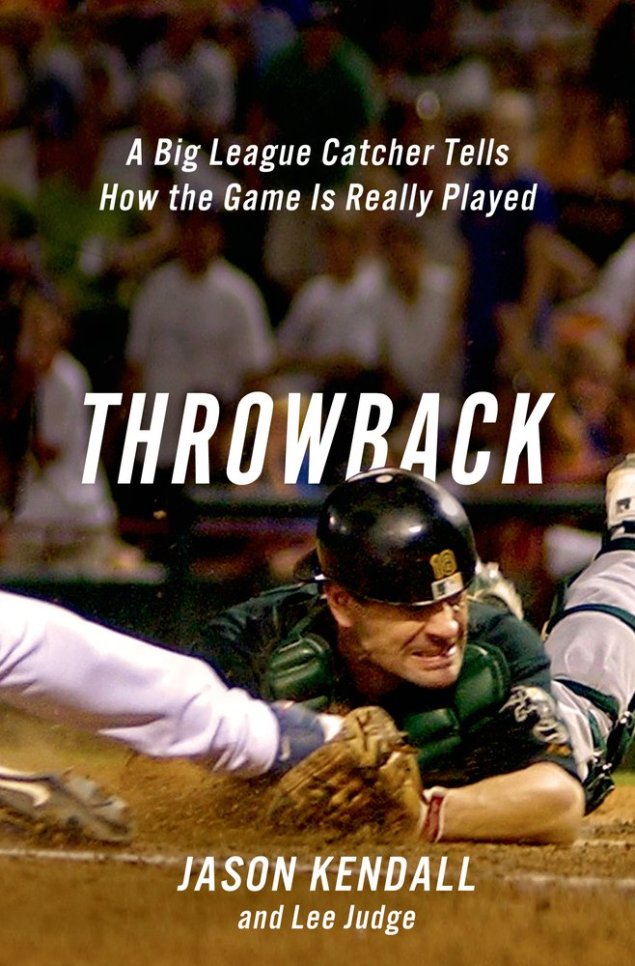 When asked if fans should buy Jason Kendall and Lee Judge’s Throwback, Hurdle responded: “Give this book a read. I’ve known Lee Judge for over 20 years. He has an unquenchable thirst for ‘Why’ questions and a passion for the game. He doesn’t just want the answers. He wants understanding. I’ve spent time with him in Minor League and Major League cities and clubhouses, and we are still friends! There is a sincere effort and old school way this book has been put together, and it is deserving of your time. You will laugh. You will learn. You will leave with a greater understanding and appreciation for the game we love.” America’s favorite pastime has always left fans and amateur players alike yearning for the answers to questions about how pros play the game. Have you ever wondered about pre-game rituals, what is being said at home plate, the signs a catcher uses to communicate with the pitcher, how a team silently communicates and the right way to hit a batter or what goes on behind closed clubhouse doors? All-Star catcher Jason Kendall is more than qualified to shed some light on the subject using his 15-years playing behind home plate with the Pittsburgh Pirates, Oakland Athletics, Chicago Cubs, Milwaukee Brewers, and Kansas City Royals as a true testament. Toronto Blue Jays manager John Gibbons summed it up nicely when he characterized Kendall and his new book as winners. Gibby said, “Jason Kendall is the ultimate competitor, a modern-day gladiator. If you had nine Jason Kendalls, you could never lose.” Undoubtedly, Throwback provides readers an opportunity to gain an insider’s view of the game from a true-grit player’s perspective. Coupled with Jason Grilli’s new offering of Just My Game, baseball fanatics now have a winning combination of required reading guaranteed to bring hours of enjoyment and a fonder appreciation of what makes these players truly inspirational.