The Australian Baseball League’s 2012-13 season did not disappoint the sleep-deprived stateside fans and families of American ballplayers who stayed up all hours of the night to watch a slew of talent with MLB potential. MLBblogger salutes the many American volunteers that worked tirelessly behind the scenes long before the start of the ABL season so that Aussie baseball could prosper.

#33 Jack Frawley of the Perth Heat was the winning pitcher in last year’s 13-inning marathon ABL Championship title victory over the Melbourne Aces. He hopes to help the Heat go down in Aussie baseball history with a never seen before three-peat in the ABL Championship Series against the top-seeded Canberra Cavalry. The 27-year-old once again came through in the clutch on the regular season’s final day to clinch the Heat’s third straight ABL postseason berth. Making his first start and fifth overall appearance this season (3-1, 1.21 ERA), the Cleveland-born right-hander earned ABL Round 13 Pitcher of the Week honors by throwing eight shutout innings and limiting the Melbourne Aces to just three hits.

A 24th-round draftee by the Colorado Rockies in 2005, #32 Sean Toler was signed by Canberra after playing with Cavalry teammates Steven Kent, Brian Grening and Dustin Loggins on the American Association of Independent Professional Baseball’s Kansas City T-Bones in 2012. The Missouri State baseball star was one of seven Cavalry players represented in the 2012 ABL All-Star game. Recently voted iiNet relief pitcher of the year, the 26-year-old Canberra closer was also named ABL Pitcher of the Week for Round Six play. Toler (2-0, 2.84 ERA) was second in the ABL with 11 saves. The six-foot-five hurler loves closing games out for a team he believes could be the next ABL champion. ”Yeah, I think we can (win the title),” Toler said with confidence.

#31 Ryan Khoury of the Perth Heat spent two seasons playing shortstop for AAA Pawtucket in the Boston Red Sox organization before being released at the age of 27. Allowing Canadian Arizona Diamondbacks prospect Carter Bell to move over to his usual third base position, Khoury rounds out an experienced Heat infield which includes MLB’s Luke Hughes. Showing signs of life after Major League Baseball with 37 stolen bases and only 12 errors committed at shortstop through 103 games for the Indy American Association’s Wichita Wingnuts last year, the 2006 Red Sox 12th-round draft pick still possesses plenty of speed and athleticism. The Utah native has made the most of his limited action in the ABL (19 games, 67 AB, .224 BA)–including a towering right field home run blast in his first Heat plate appearance. While contributing at the bottom of the line-up, the 28-year-old also solidified Perth’s defense.

Last day in Perth. Thanks to @perthheat fans and especially my teammates for welcoming me to Australia. Gonna miss my Aussie family.

Ace pitcher Kevin Reese, who will on his home away from home turf as part of the World Team pitching staff in the 2012 ABL
All-Star Game at Melbourne Ballpark, would probably not think twice about crediting the Aussie lifestyle for his recently rejuvenated confidence and positive outlook. “I have to pay tribute to the Australian lifestyle, where everybody is very laid back,” Reese said.
“The biggest thing I learned out here was to trust your ability because you’re always one pitch away. There was a relaxed mindset
with runners on base. It’s nothing new that the coaches haven’t told me. It just kind of clicked. The lifestyle rolled into baseball.”

After being named to the 2010 Frontier League All-Star Team pitching for the Traverse City Beach Bums and blowing away opponents in the Baseball Victoria Summer League as the Malvern Braves’ import, the 27-year-old right-hander earned the right to be the 2011 Melbourne Aces’ Opening Day starter. Asked to return for an encore and pitch during the 2012-13 ABL season, the Pennsylvania native is a lot better than his 2-5 record and 3.81 ERA reflects.

Currently ninth in the ABL with 51 strikeouts during his 59 innings of work and 11 starts, Reese is highly regarded by Melbourne Ace manager Phil Dale. Following an unlucky loss to the Canberra Cavalry on December 13th, Dale said: “He still gave us a chance, it was a quality start and from him that is all we can ask for.” The six-foot pitcher was one of 11 members of the Melbourne Aces chosen for 2012 ABL All-Star game. Reese suited up for the World All-Stars–which included players from the United States, Korea and Japan–and faced Team Australia. 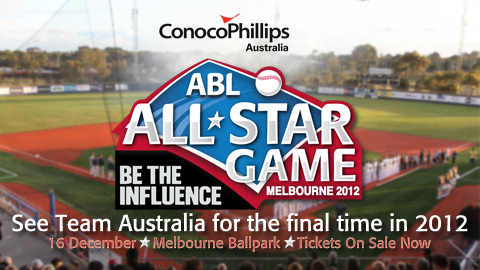 The former East Stroudsburg South High School, Blair Academy and Lafayette College standout played for the Atlantic League’s Somerset Patriots in 2011 and the Camden Riversharks in 2012. Notable Riversharks in the ABL have included Mike McGuire and Brian Burgamy from the 2011-12 Canberra Cavalry and Sean Jarrett from 2011-12 Brisbane Bandits. Click HERE to see Reese, McGuire, Burgamy and Jarrett talk about their Aussie experience in this video produced by Alexis Brudnicki (@baseballalexis). Reese filled every role in the Camden Riversharks pitching staff. He started out in the long relief role, helping to save the bullpen when starters couldn’t go deep into ball games. Later he was added to the rotation, allowing the starters an extra day of rest with six men in the rotation. Then after he was put back into the bullpen, Reese was immediately called on to fill Sean Jarrett’s spot in the rotation when he went on the disabled list and proved to be invaluable for the remainder of the season.

Perhaps Reese’s best Melbourne Ace pitching moment came in possible elimination game
two of the best-of-three 2012 ABL Championship Series against the Perth Heat on February 11th. Entering the do-or-die game in the 11th inning with the score tied at 2-2, the American hurler tossed three scoreless innings to get the victory as the Aces scored the winning run in the top of the 13th to force a game three contest. Unfortunately, Melbourne came up short 7-6 and lost to the defending champion Heat in the series’ deciding game on the following day. This season the Aces hope to turn the tables and bring home the ABL championship to Victoria. There is a feeling in Australia that the best has yet to come for Kevin Reese, and he will come through in the clutch again when everything is on the line
for the 2012-13 Melbourne Aces.

Last December MLBblogger profiled the Top 20 Americans playing in the ABL, which was considered a holiday present to the homesick yet aspiring MLB prospects. The prized imports shared the good cheer with friends and family in the U.S.A. while playing during the offseason in Australia to fulfill their dreams of reaching the big leagues.

Ranked 15th in the 2011 Top 20 Americans in the ABL, former Sydney Blue Sox outfielder Brandon Barnes made his MLB debut for the Houston Astros on August 8, 2012 and became the first non-Aussie from the recently reformed Australian Baseball League to debut in the Major Leagues. As the seventh ABL star to compete in MLB after hitting .321 with 6 HRs and 30 RBI in 29 ABL games last season, Barnes joined Sydney’s Rich Thompson and Trent Oeltjen, Melbourne’s Travis Blackley and Shane Lindsay, and Perth’s Luke Hughes and Liam Hendriks as one of baseball’s elite. Brandon ventured Down Under to work on his swing and gain momentum going into Astros’ 2012 Spring Training. Although Barnes made a strong case to make the big league club, the promising Orange County, California native spent a majority of 2012 at Triple-A Oklahoma City (62 games) and Double-A Corpus Christi (44 games). The right-handed hitter was batting .321 with a .381 on-base percentage and a .514 slugging percentage when he was called up. 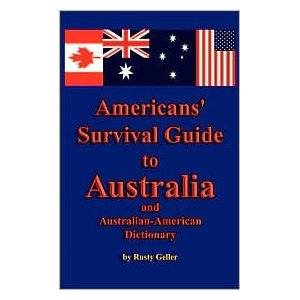