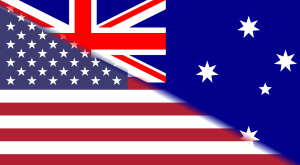 The Australian Baseball League’s 2012-13 season did not disappoint the sleep-deprived stateside fans and families of American ballplayers who stayed up all hours of the night to watch a slew of talent with MLB potential. MLBblogger salutes the many American volunteers that worked tirelessly behind the scenes long before the start of the ABL season so that Aussie baseball could prosper. 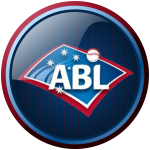 #33 Jack Frawley of the Perth Heat was the winning pitcher in last year’s 13-inning marathon ABL Championship title victory over the Melbourne Aces. He hopes to help the Heat go down in Aussie baseball history with a never seen before three-peat in the ABL Championship Series against the top-seeded Canberra Cavalry. The 27-year-old once again came through in the clutch on the regular season’s final day to clinch the Heat’s third straight ABL postseason berth. Making his first start and fifth overall appearance this season (3-1, 1.21 ERA), the Cleveland-born right-hander earned ABL Round 13 Pitcher of the Week honors by throwing eight shutout innings and limiting the Melbourne Aces to just three hits.

A 24th-round draftee by the Colorado Rockies in 2005, #32 Sean Toler was signed by Canberra after playing with Cavalry teammates Steven Kent, Brian Grening and Dustin Loggins on the American Association of Independent Professional Baseball’s Kansas City T-Bones in 2012. The Missouri State baseball star was one of seven Cavalry players represented in the 2012 ABL All-Star game. Recently voted iiNet relief pitcher of the year, the 26-year-old Canberra closer was also named ABL Pitcher of the Week for Round Six play. Toler (2-0, 2.84 ERA) was second in the ABL with 11 saves. The six-foot-five hurler loves closing games out for a team he believes could be the next ABL champion. ”Yeah, I think we can (win the title),” Toler said with confidence.

#31 Ryan Khoury of the Perth Heat spent two seasons playing shortstop for AAA Pawtucket in the Boston Red Sox organization before being released at the age of 27. Allowing Canadian Arizona Diamondbacks prospect Carter Bell to move over to his usual third base position, Khoury rounds out an experienced Heat infield which includes MLB’s Luke Hughes. Showing signs of life after Major League Baseball with 37 stolen bases and only 12 errors committed at shortstop through 103 games for the Indy American Association’s Wichita Wingnuts last year, the 2006 Red Sox 12th-round draft pick still possesses plenty of speed and athleticism. The Utah native has made the most of his limited action in the ABL (19 games, 67 AB, .224 BA)–including a towering right field home run blast in his first Heat plate appearance. While contributing at the bottom of the line-up, the 28-year-old also solidified Perth’s defense.

Last day in Perth. Thanks to @perthheat fans and especially my teammates for welcoming me to Australia. Gonna miss my Aussie family.

Minor league journeyman Gabriel Suarez, whose grandfather was of Spanish descent, was one of the reasons why Spain won the recent 2012 World Baseball Classic Qualifier in Jupiter, Florida to move on to the 2013 WBC in March. Going 6-for-12 with a .667 slugging percentage and .647 on-base percentage during the four-game tournament, Suarez was a pleasant surprise for underdog España.

Selected by the Montreal Expos in the 26th round of the 2004 MLB June Amateur Draft out of Phoenix’s South Mountain Community College, the Denver-born Gabriel Suarez has played in the minor leagues with stints in the independent and international baseball leagues since turning pro. The 28-year-old Adelaide Bite outfielder has played every position but catcher in his career.


Debuting in the Montreal Expos/Washington Nationals farm system in 2004-05, Suarez has been affiliated with the Baltimore Orioles (2006), Colorado Rockies (2006), Cincinnati Reds (2006-07), Pittsburgh Pirates (2007-08), San Francisco Giants (2009), Houston Astros (2009), Philadelphia Phillies (2010) and Los Angeles Dodgers (2012). Before being signed by the Dodgers organization in July, Suarez played in the Mexican Leagues for Vaqueros Laguna and Delfines de Ciudad del Carmen as well as in the Independent Freedom League for the Montezuma Federals. Prior to making his way to the Australian Baseball League, the free agent spent time with Dodgers Single-A affiliates Great Lakes and Rancho Cucamonga. The well-traveled utility player has twice found
his way back into the minor leagues by way of independent league baseball. Currently playing
for the 2012-13 Adelaide Bite, Suarez has put together a .235 batting average with one double, four RBI and one stolen base. At the completion of his Aussie baseball expedition in the ABL, Suarez will be focused on the World Baseball Classic. After winning the WBC Qualifier in Florida to advance to the 2013 World Baseball Classic, Spain’s second baseman Gabriel Suarez was already thinking about what was next. “We’re looking forward,” said Suarez. “Dream come true. We came here for this.” Spain overcame the odds with little time to prepare and beat a talented Israel team in the WBC Qualifier Final to earn the right to play against Pool C host Puerto Rico along with powerhouses Venezuela and Dominican Republic in San Juan beginning March 7, 2013.

Team Espana after getting it done at the qualifiers to move onto the @wbcbaseball 2013 twitter.com/GabeOSuarez/st…