George Bush and Condoleezza Rice’s spoof of the classic Abbott and Costello Who’s on First skit, a hilarious chat between Costello–who plays a peanut vendor named Sebastion Dinwiddle, and Abbott–manager Dexter Broadhurt of the mythical St. Louis Wolves, has placed the former White House all-star comedy duo into the eternal Hall of Shame. In honor of the original Abbott and Costello’s tribute to the great game of baseball, let’s make sure everyone knows everyone else’s name on Team World in the Australian Baseball League (ABL) All-Star Game, which will be televised live on Wednesday, December 21st at 4 pm (Perth, AU Time) by Fox Sports Australia as well as ESPN Star Asia and later replayed on MLB Network in the U.S.A. at 1 pm (EST).

Based on the number of players on Team World who have some sort of oddity attached to them, this squad of international all-stars should be called “Team Novelty”. National heros in their respective homeland, Taiwan’s Chin-lung Hu and Korea’s Dae-Sung Koo are well-respected in Asia. Yet in MLB, they are extraterrestrial beings. Whether poking fun at his name Chin-lung Hu or playing on words in Hu’s on First, Hu has received more notoriety for everything but his skills. As shortstop and leadoff hitter for the Adelaide Bite, his very serious .291 batting average is no laughing matter.

Koo’s claim to MLB fame came in the May 2005 Subway Series matchup between the Mets and Yankees at Shea Stadium. The Korean lefty was called from the bullpen mid-game. In his first at bat against Randy Johnson, Koo was so nervous that he initially did not swing the bat. Everyone–including broadcaster Tim McCarver–discounted him as an easy out. Instead, the slugger Koo emerged when least expected and rocketed a shot over the outfielders’ head to the wall for a stand up double. Jose Reyes layed down a sacrifice bunt to advance Koo to third, but seeing nobody covering home plate he continued to run for the score. Sliding head first and beating the tag, the crowd roared “KOO” and later the sold-out stadium gave him a standing ovation. He appeared in 33 games as a Mets middle reliever and posted a 3.93 ERA with 23 strike outs in 23 innings of work in 1995.

Being the first Italian born player signed by MLB in 2006, pitcher Alex Maestri is also considered by many as another one of baseball’s novelties. As as starter and relief pitcher in the Chicago Cubs minor league system for five seasons, Maestri racked up a 24-17 record with a 3.75 ERA and 19 saves. A two-time minor league All-Star, the right hand throwing pitcher put away hitters with his evasive slider–which was once voted as the best slider thrown by anyone in the entire organization. Representing his native Italy in the 2006 and 2009 World Baseball Classic (WBC), Maestri dominated hitters. In the 2009 WBC, Maestri held opponents scoreless in his two plus innings–during which he got Miguel Cabrera to ground out on a fielder’s choice and Magglio Ordonez to strike out. His moment of glory came on April 1, 2009, when he made his preseason MLB debut against the Oakland A’s during Cubs Spring Training in Phoenix. Manager Lou Pinella summoned him out of the bullpen. Maestri struck out Orlando Cabrera and then he sized up against slugger Jason Giambi–who managed to squeak out a single through the hole. MLB All-Star Matt Holliday was caught looking at a third strike slider for the second out, and Eric Chavez went down swinging at his Italian slider in the dirt to end Maestri’s almost perfect outing.

Despite the fact that Yohei Yanagawa has fast become a fan favorite Down Under, Aussies will have to bid him Sayonora after charting in the Top 7 pitchers of the Australian Baseball League with a 2.52 ERA in 35.2 innings. Second in the league in strike outs (43), the Japanese reliever turned ABL starter of seven games had great control as demonstrated by his 1.23 WHIP (walks and hits per innings pitched). Stretching out to pitch seven innings this past week, the 25-year-old right-handed hurler struck out nine and issued no walks. After the ABL All-Star Game, Yohei Yanagawa will return to Japan. 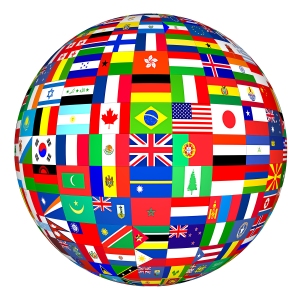 Currently in his second ABL season, 23-year-old Rinku Singh has recorded one win and one save with a 1.59 ERA out of the Adelaide Bite bullpen in 11.1 innings–while allowing just seven hits, one walk and striking out ten. Now an international hero for winning the Million Dollar Arm competition, the first-Indian born pitcher to win an American professional baseball game posted a 2.45 ERA for the Pittsburgh Pirates as a minor leaguer in 2011. Now the subject of a upcoming movie produced by Walt Disney Pictures, Singh has gone Hollywood, and the world will soon know of his life story from the slums of India to the MLB diamonds. 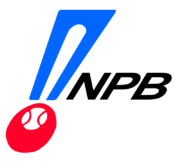