Skip to content
It’s a warm day outside the gate of the players’ entrance to Camelback Ranch.
As the players enter in their SUVs with radios blaring and bling flashing in typical Hollywood style, they simply nod to the semi-retired security guard working the players’ gate entrance prior to driving in one-by-one. However, when Aussie Shane Lindsay approaches, a modest smile and a cordial “g’day” is offered.
After parking his vehicle, the fashionably-conscious Lindsay exudes confidence. Despite not having thrown one pitch for the Dodgers and being reassigned to the Dodgers Triple-A affiliate Albuquerque Isotopes, Shane remains optimistic that he will be making his debut in a True Blue uniform at Chavez Ravine shortly. The 27-year-old Lindsay made his MLB debut for the Chicago White Sox in September 2011, and the LA Dodgers took notice. Shane Lindsay pitched one inning as a reliever at Comerica Park that night and allowed no hits with a strike out and a walk. The six-foot-one, two hundred five-pounder made three other relief appearances before the end of the 2011 season. Lindsay elected free agency in October 2011, and agent Paul Kinzer reported in November that his client had signed with the Los Angeles Dodgers. Shane said, “We were in discussions for a while. We had talked to around ten different teams. I sort of left it in the agent’s hands (to choose) the best suitoring situation and what he felt. That’s kind of his job I guess. So far it’s been good, you know. Obviously I haven’t played for them yet or even thrown a pitch, but I like it so far. It’s a bit slow of what I had hoped it to be. I unfortunately suffered a setback–a strained lat muscle right before Spring Training–and it sidelined me for a majority of it so far. So we’ll see how it comes up in the end.” Lindsay has been working hard to be ready for the start of the 2012 Albuquerque Isotopes season and for his eventual call up to the LA Dodgers.
Despite being injured, Lindsay has nothing but praise for the Dodger franchise. “You don’t ever want to be hurt,” Shane continued. “But as far as places to be hurt and the treatment and stuff…I don’t think you can beat this. (They are a) very forward thinking organization and very modern in the way they go about things. So love it so far and hopefully it will be a longtime stay.” With the recent announcement of the group led by Magic Johnson taking over Dodger ownership, Lindsay remains upbeat. He commented, “It’s an organization with a lot of heritage, a very prestigious organization. I’m just really excited of it all. I’m sure there are big changes on the horizon, and hopefully it’s a very exciting change.” Lindsay joins another Australian in the Dodger organization, Trent Oeltjen. Shane spoke of their friendship and the warm reception he received at Dodger camp in Glendale, Arizona. “We’ve lived together and been mates for a longtime now. (During) a few different Spring Trainings, he has stayed with us. We’ve become close over the years. It’s been very good for the both of us to sort of play together. I think he’s excited as I am…I know his wife is too. So it’s good to have another Aussie, and everybody here has been fantastic–very friendly, very outgoing.” Australia has produced over 330 players who have signed professional contracts with Major League Baseball (MLB) clubs and boasts more MLB contracted players than talent pools from China and its province in Taiwan, Japan, Korea and Cuba. Australia set a country-best record in 2011 with nine Aussie major leaguers. 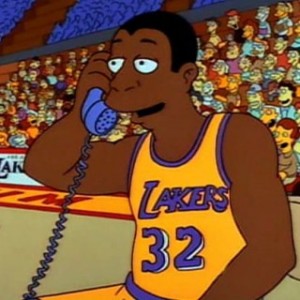 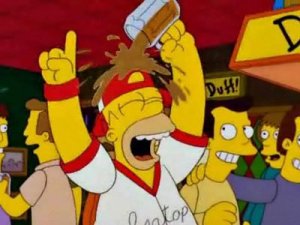 When Lindsay was asked what Big League goals he has set himself for 2012, he responded confidently: “Establish myself at the major league level and prove to everybody else what I know I can do. I’m just trying to contribute in whatever way I can and help us get towards that World Series Championship. It’s what everybody’s goal is…” Magic Johnson along with new co-owner Mark Walter share the same sentiment as Lindsay and the Dodgers based on what he told the Los Angeles Times back in December while pursing the franchise. Johnson said, “The first thing I asked Walter was, ‘Do you want to win, and do you want to put money in?’ He said, ‘Absolutely’ … He told me three times, ‘All I want to do is get to the World Series.'” Aussie pitcher Shane Lindsay has an uphill battle ahead of him to get a World Series ring. He conceded, “Obviously from a statistical standpoint, the biggest setback is the walks and the issues that we’ve had. But there is a lot more to it. And anybody that sort of knows me I’m trying to take pride in getting it down. We’ve done a lot of work over the last 18 months with mechanics, and I hope to just build on that this year. Being able to repeat my delivery with a very consistent mental approach will yield consistent results on the field too.”
Homer Simpson will welcome Shane Lindsay to Isotope country. The team’s name was voted on in an online survey of readers of the Albuquerque Tribune. Officially, there is a tie-in to New Mexico’s history with nuclear energy, but really it’s about the episode of “The Simpsons” where Homer goes on a hunger strike to prevent the Springfield Isotopes from moving to Albuquerque.
However, the Albuquerque Isotopes prevailed in the end, and The Simpsons have found a home there too. Life-sized figures of Homer and Marge grace the main concourse, a mural of Homer haunts the ‘Topes clubhouse and all sorts of other whimsical tributes to America’s favorite cartoon family are discovered throughout the ballpark. The Simpsons have had their share of airtime, but now all eyes are on pitcher Shane Lindsay. He is known as an aggressive reliever with an electric fastball in the mid-to-upper 90s and a wild delivery. Throwing with extreme intensity, no pitch delivery is ever the same. Shane Lindsay has a sharp curveball that freezes hitters and results in less than desirable at-bats. Not afraid to throw his fastball inside, Lindsay lives on the edge and provides high drama every outing on the mound.
Shane Lindsay has received a lot of media attention for all the wrong reasons after being labeled “wild”. While outside a California restaurant in late May of 2008, Lindsay and a member of his Colorado Rockies Single-A Advanced Minor League affiliate Modesto Nuts host family were attacked. The end result was a trip to the local hospital, where eight screws and a metal plate were surgically implanted in his left hand. Lindsay reflected, “It’s just was one of those situations where (it was the) wrong place, wrong time. It definitely could have been avoided had I just not been there. I’m not a troublemaker. I don’t instigate. I’m not out there trying to disrespect anybody or anything like that. But unfortunately in this world, things…instances happen. It was a terrible day in my life, and hopefully I learned a lot from that.” Shaking off rumors that he was the Aussie version of Derek Jeter, Shane was asked if their was any validity to him dating Los Angeles party girl Lindsay Lohan. Shane chuckled with laughter then replied: “Definitely not true. I’ve
never met the girl.” But when pressured to find out if he would invite her to the Dodger locker room, he caved in laughing and admitted: “Sure, why not?”
In Jeter-like fashion he added, “Anyone is welcome.”Lindsay has been working diligently during the offseason so that he is granted access to the 2012 Dodger Clubhouse. Pitching for his hometown Melbourne Aces in the Australian Baseball League, Shane was able to stretch out as a starter and solidify his mechanics. Ace manager Phil Dale, who also coaches the Australian National team, praised Lindsay for his strength and his boost to the team. “He’s what you call a power arm,” said Dale. “It’s like a Brett Lee in bowling. He’s one of the fast bowlers, but what the baseballers call power pitchers.”

Lindsay enjoyed his time in the ABL. He said, “It was a fantastic opportunity for me personally. It allowed me to go home from the White Sox–where we were really breaking ground on mechanics stuff and approach to the game–and it gave me a platform to work on it. Phil Dale was good enough to allow me to start and get a lot of repetitions in and a lot of different things. I felt like I achieved a lot. My numbers were not fantastic, but at the end of the day we’re trying to achieve certain goals. I think I achieved them, and I can’t wait to show that I have.” Seemingly scripted for the entertainment capital of the world, the timing is perfect for Isotope relief pitcher Shane Lindsay to show his best stuff in Albuquerque so that he is able to steal the Magic show and go prime time in Los Angeles. 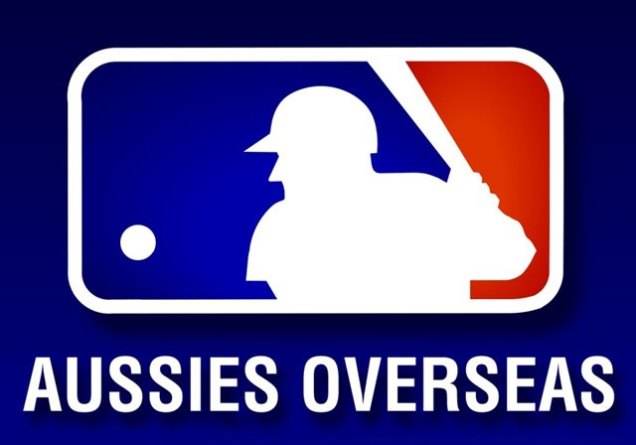 Whether it is Melbourne Ace pitcher turned LA Dodger Shane Lindsay getting into an off-field altercation or actress gone too far Lindsay Lohan “borrowing”, both Lindsays are wild and crazy in different ways. While the Australian Lindsay has often been compared to the rookie wild pitcher “Nuke” LaLoosh character in Bull Durham for his lack of control, the American Lindsay’s Marilyn Monroe-inspired Playboy spread has further financed her footloose and fancy free Hollywood party lifestyle of excess. While outside a California restaurant in late May of 2008, the six-foot-one Aussie pitcher Shane Lindsay and a member of his Colorado Rockies minor league affiliate Modesto Nuts host family were attacked. The end result was a trip to the local hospital, where eight screws and a metal plate were surgically implanted in his left hand. Lindsay reflected, “It made me take charge of my life and say, ‘How am I going to keep this from happening again?’ I started to think about where I go and the company I keep.” Nearly four years have passed and the 27-year-old Melbourne native has a rare opportunity to keep the peace in California at Chavez Ravine as a member of the Los Angeles Dodgers bullpen. Lindsay will need to impress coaches at Dodgers Spring Training when pitchers and catchers report next month at Arizona’s Camelback Ranch before being granted entry to join the game’s elite in 2012, even though he made his MLB pitching debut late last season with the Chicago White Sox. Originally signed by the Colorado Rockies as a non-drafted free agent in August 2003 as an 18-year-old Australian club and national team prospect, Shane Lindsay previously played in the Cleveland Indians and New York Yankees minor league organizations before launching his Major League Baseball career with Ozzie Guillen’s Chicago White Sox in 2011. He is known as an aggressive reliever with an electric fastball in the mid-to-upper 90s and a wild delivery.

Throwing with extreme intensity, no pitch delivery is ever the same. Shane Lindsay has a sharp curveball that freezes hitters and results in less than desirable at bats. Not afraid to throw his fastball inside, Lindsay lives on the edge and provides high drama every outing on the mound. Seemingly scripted for the entertainment capital of the world, the timing is perfect for Los Angeles Dodger relief pitcher Shane Lindsay to steal the show.